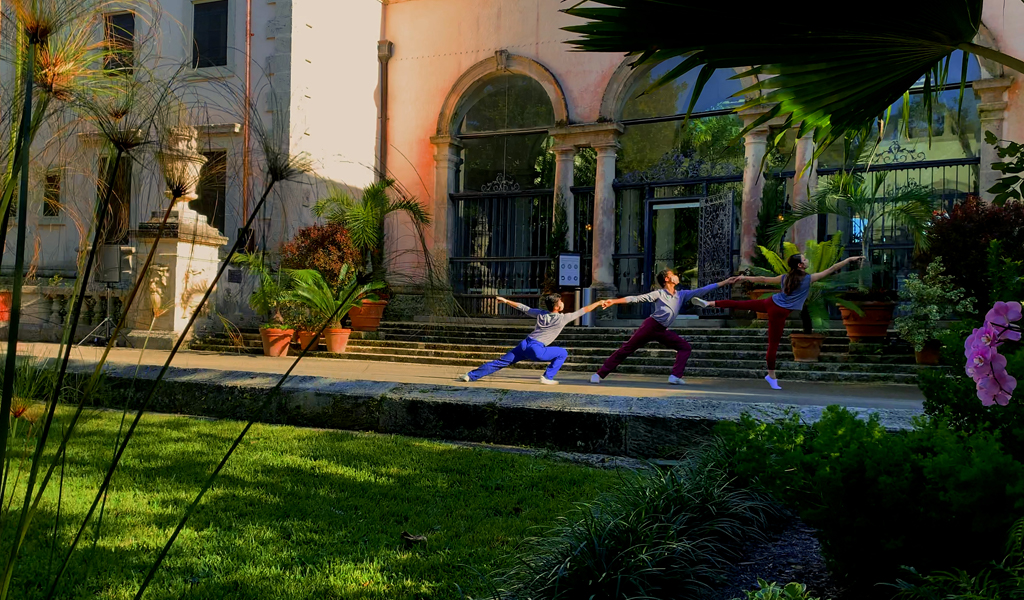 In the first feature for our quarterly magazine, we sat down with Amber Dorsky and Bradley Dunlap from the Miami City Ballet to talk about dancers’ mental health and how a pivot to outdoor shows led to To Miami with Love: a series of pop-up performances in treasured Miami neighborhoods.

2020 was meant to be a year of celebration for the Miami City Ballet. The company had a full program of work planned to commemorate its 35th anniversary, with many of the pieces developed with local choreographers and threaded with Miami-centric themes.

Then – a feeling nearly all of us now know too well – the pandemic upended everything.

This was around the same time that the city was under a stay-at-home order, which resulted in apartment balconies becoming improvised stages for DJ sets, squats, singing and dancing; and ultimately human connection, no matter how socially distant.

The dancers and the MCB team became acutely aware of this collective outpouring of sorrow in their communities. “The dancers had an idea of...let's do pop-up performances outside,” says Amber, “They would be kind of a surprise and delight for audiences.”

The result? To Miami, With Love, a series of short, contemporary performances that became a true love note to the treasured Miami neighborhoods that played stage to the dancers.

“It was an exhausting year, mentally and emotionally” says Bradley Dunlap, a member of MCB’s corps de ballet whose debut as a choreographer was Everybody Step for The Underline location. “To Miami, With Love was for the city of Miami, and it’s also helped to carry me through the struggles that I was experiencing.”

To Miami With Love has turned out to be an unexpected and valuable success story from a profoundly difficult time in our collective histories, both for the Miami City Ballet and for its audience.

And the new perspectives aren’t going to be left behind when the company can return to a formal theatre for their 2021/22 season. “As a company and as an arts organization, it's so important that we begin to explore how to reach different audiences. So I think this was a great first step,” says Bradley.

“We delivered in a time of need. And it taught us to think outside of the box. So not only was it great for the community to have these moments of joy in a relatively dark period of time, it was also great for the company to understand that we can perform in different ways as a classical ballet institution.” Amber says. “We can be out there. We can be a part of the community in a way that maybe we wouldn’t have considered pre-pandemic.”

Click here to watch all the To Miami, With Love performances. The Miami City Ballet will be returning to its home theatre for the 2021/22 season with Swan Ball, which will see the North American premiere of Ratmansky’s Swan Lake in Spring 2022.